Shock, bewilderment, sadness, anger. Not just because the country will now take the extraordinary step of walking its own plank to Brexit – but because of how divided our country, and its constituent countries, have become, and how impotent its political, democratic and party system is in terms of dealing with the one thing it needs to help us do – learn how to live together.

Because our democracy is so broken, the referendum became a blank ballot paper onto which so much anxiety and anger was projected. In the days and months ahead we have to unpack this, understand it and know what to do about it. The first glance analysis tells us this about the reasons for the result.

David Cameron called a referendum to heal a rift in the Tory Party, but has only served to divide the country like never before and opened the door for a climate of anger and fear to kick us out of Europe. It was the most monumental act of political recklessness. But like the cringe inducing Stronger In and Labour Leave campaigns – fashioned as if UKIP, the 2008 crash and Scotland had never happened, these where just symptoms of much wider and deeper social fractures.

The real story of this referendum goes something like this. Thirty years of neo-liberalism have taken their toll on so many people in our country – a material, physical and emotional toll. People haven’t just struggled financially; they have been made to feel permanently insecure and anxious about their jobs, their home and their futures. Too often when they brushed up against the state they felt humiliated, or when they heard the voices and views of the establishment they felt sneered at or ignored. Meanwhile Brussels drifted on in its own arrogant, aloof and elitist way, humbling the Greeks and refusing to heed the siren calls. Then add in to this toxic mix large-scale immigration from a Europe that expanded too fast and in the absence of labour market regulations, public housing, enough teachers and nurses and the rest – you get a situation in which Nigel Farage and Boris Johnson can be the heralds of democracy, the NHS and working people and change the destiny of our country and maybe Europe, if the dominoes start to fall. 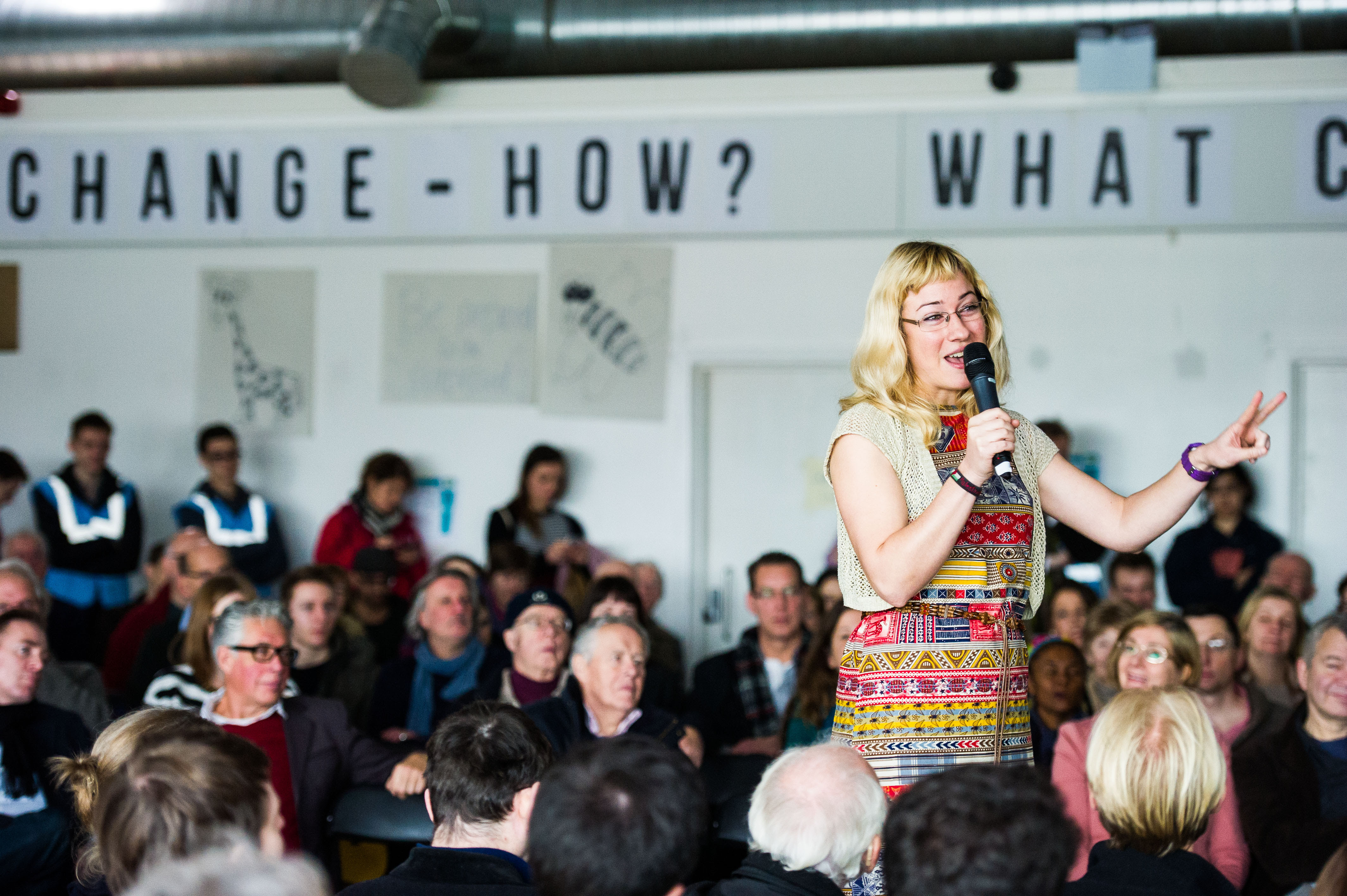 So what do we do now? We can feel despondent and lick our wounds. But sooner rather than later we have to stand up and join hands and suck the oxygen of hope back into our lungs. And when we do we will realise that the silver lining is that Nigel Farage and UKIP have shown us what is possible – when people with belief and determination want to make something happen. The power of the Leave campaign wasn’t within a party, it was in its ability to mobilise people around a shared set of values and beliefs. They changed the country from (more or less) outside the establishment – not inside it. But anything Farage can do, we can do better. Anywhere that hate and fear can win, love and solidarity can create something stronger, bolder and more permanent. After fleeting triumphalism, Brexit will not heal the wounds or stop the anxiety. Out of the wreckage of Brexit we will build something new – nothing but ourselves stops us reaching out and forging the bonds we need with the rest of Europe.

Amongst these dark and heavy clouds, the silver lining is that we have now been warned beyond any doubt: our political system is in crisis. As nationalism rises across the continent, decades of contempt and growing inequality have pushed so many people over the edge. For them it is a plague on everyone’s house. The vast bulk aren’t racist; but their belief in the political process has been broken because the promises made to them have been broken, because austerity is hurting the worst off while the rich get richer. For once in their life they were handed a political lever that worked and they pulled it. The silver lining is that rampant inequality cannot be dismissed so easily again.

The silver lining is added impetus to nurture a healthy democracy based on tolerance and respect in which we can learn from each other and not how to hate each other. One key step towards a better democracy is electoral reform. The referendum has shown that the divisions within parties are as big as the divisions between them. Add the frustration of the almost six million UKIP and Green voters who were practically ignored with two seats between them at the last election, and this means the case for proportional representation is now unanswerable.

We could have learnt from Scotland about how to use a referendum to have a hopeful debate about what sort of Europe we wanted. But we didn’t. Compass tried with our Good Europe initiative but with so few resources we were drowned out by the people who wanted to win through fear. So too did Another Europe is Possible but these positive messages were, by and large, ignored by the media.

As we all try to make sense of recent bewildering events, Compass starts from the only place we can: from a politics based on love, generosity, hope and belief in the amazing potential of all our fellow human beings. We do this even when such virtues are hardest to find – we do it especially when they are hardest to find.

So many working class people now feel alienated from Labour and Europe – because Labour and Europe alienated them. New Labour extended the freedom of the banks, which exacerbated inequity and destabilized the economy. They also extended the scope of the EU to boost UK productivity by attracting new workers without building the social and public infrastructure to bind us all together. With no plan to democratise the EU and build solidarity across the continent, the Right’s simple message about taking back control took hold and has shifted the debate onto their terrain.

We also must not ignore the generational divide that we have seen today. The numbers clearly show that the majority of young people voted to remain, and have now seen their futures chosen for them by those who may not even be around to feel the full force of the decision. Young Remainers feel angry, hopeless and betrayed, and we must not only hear their pain, but be there to help them to imagine and build an alternative future.

None of the political parties comes out of this with any glory. But the warning signs for Labour are perhaps greatest. In an echo of the Scottish referendum maybe the Party will start to understand the existential threat it faces when it doesn’t have the language to speak to the people who labour. Unless we understand why they voted Leave then there is no way back. 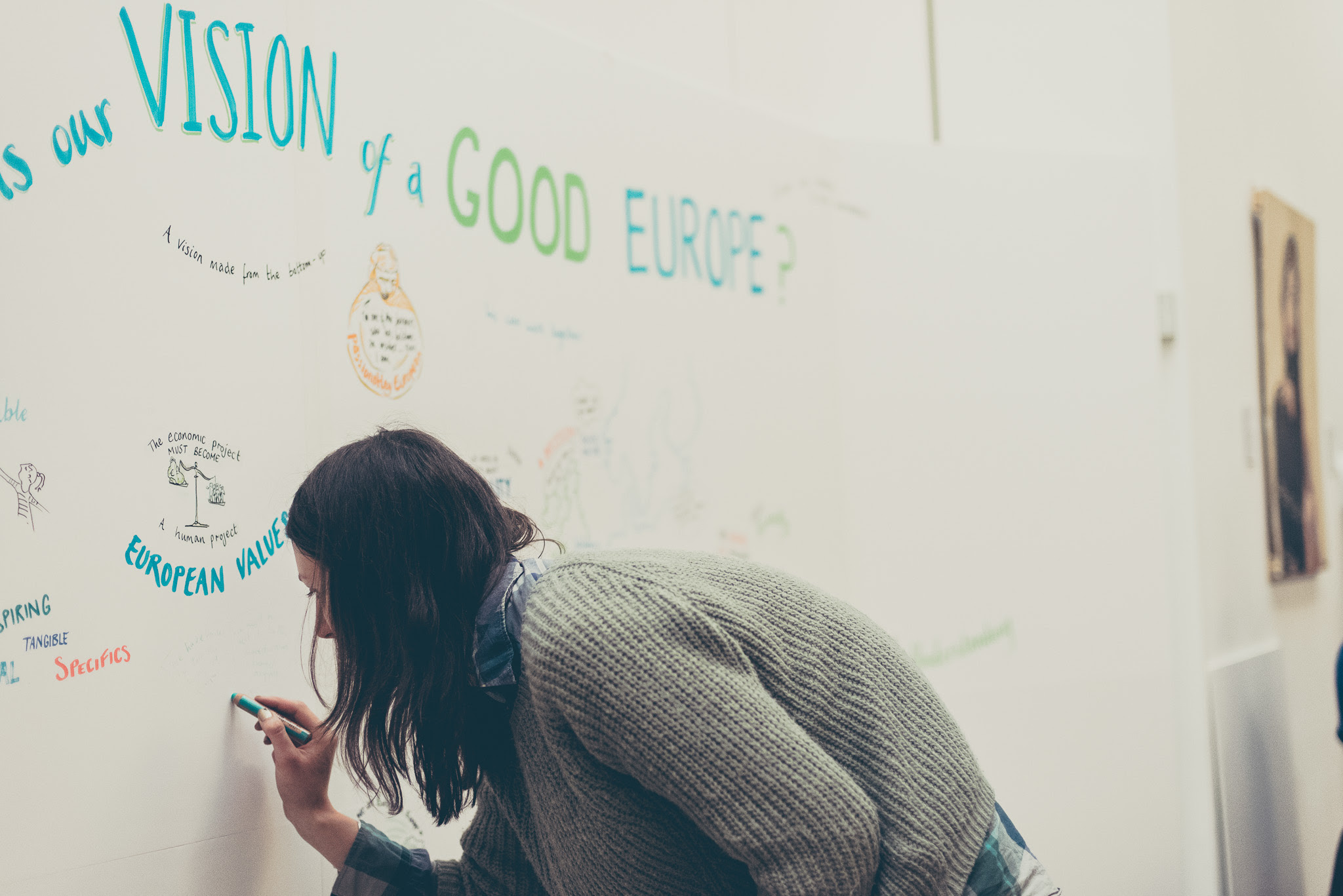 We make these points not as a precursor to echo fear based on ‘othering’ and prejudice in an arms race of fear that can’t be won and shouldn’t be, but to engage with people in order to start channeling the fear and hurt in radical and progressive ways. This is about deep political culture which is hard to shift (read Anthony Barnett to get a deeper flavour of what is happening here). But surely a mass public housing campaign that was delivered on, investment in education, the health and caring services and public transport, localising democracy, a federal UK (given the now obvious disparity in voting and identity between England, Scotland and Wales), fair votes and decent incomes would start to win back swathes of people and build a vision for a good society.

Eventfully the heart of the problem must be tackled: globalisation has meant power and politics have been separated. It is the freedom of capital from any democratic accountability or social purpose, not other people who struggle too, that feeds the fear and the insecurity. Despite this massive step backwards, the only answer is a continent-wide, and then global-wide, political culture and architecture that prioritises the needs of people and the planet. In the absence of this, and under the strain of austerity and mass migration, people will find solace in an imagined and reactionary past.

Hope comes from the emerging European demos, the public sphere that supports a political and democratic response to globalisation. Technology is already accelerating this shift and emergent campaigns like DiEM25, led by Yanis Varoufakis, could be the platforms to focus a Europe wide push for democratisation. In Spain, Podemos are showing that you can be both progressive and populist, the elections there this weekend will start to show whether a different Spain, and from it a different Europe, is possible. Elsewhere, The Alternative in Denmark are proving that a socially just, green and innovative politics can win through. All these points of light, and more, need to be joined up in the creation of a Good Europe.

The onus now on us in Compass and through all our people and networks is to think deep and hard about our democracy and the future of our country and a Europe in which we all feel secure and free. We will mobilize the ideas and the organisations to start building the platforms and spaces in which a good society can take root. It must be a response that is plural, daring, utopian, loving, participatory and democratic. Because surely we know by now that you cannot bolt security, justice and sustainability onto an undemocratic state – whether it’s in the UK or the EU. The complexity, depth and nuance of the problems we face can only be met by a politics that is equally complex, deep and nuanced.

In all this gloom, the silver lining is that we live to struggle another day for a different and better world. We have been shown how bad things are and how much worse they could get. We know so many people think and feel like us – they know that we can and must be better than this. The issue is how can we assemble ourselves in a way that makes hope possible? Because the real darkness lies in not trying, believing and showing that something better is both desirable and feasible. As Another Europe is Possible have reminded us today, it is better to light a candle than curse the darkness.

This is the wake up call. We listen and change or we are finished. Compass is awake.

To join Compass and support us in this fight, visit http://support.compassonline.org.uk/