What’s so funny about peace, love and understanding? How kindness can drive an agile, creative, and deliberative democracy

‘The feedback I’m receiving certainly reveals a positive local picture, one where statutory organisations, established and newly developed Voluntary and Community Sector organisations or groups, and the informal network of support from family members, neighbours and friends has put us in a good position to provide for those most in need.’

‘Deliberative democracy has the potential to bring new life and legitimacy to our ailing democratic system.’

When I worked in Tanzania, I often came across tourists in Zanzibar who had been advised by their expensive hotels that for safety reasons they should not venture from the hotel beach area and never use private taxis. So scared tourists would pay five or ten times the going price to go on excursions via the hotel in the mistaken belief they were protected from hidden danger. Most of these hotels were foreign owned and little of the huge profits they made went back into the local economy. In short, they were scaring their guests and then ripping them off and giving no real benefit to local people. 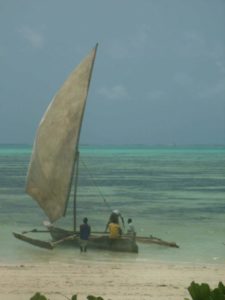 I was reminded of this when I heard Rutger Bregman discussing his latest book Humankind. In it he argues we have been misled into believing that beneath the veneer of civilisation, people are individualistic, selfish, and cruel.  And that we need a strong and controlling state to keep us all in order. As 17th Century philosopher Thomas Hobbes famously wrote life without the state would be “nasty, brutish and short”.

Bregman disagrees and argues most people are kind and cooperative and it is this ability to cooperate that gives humankind its added advantage. The widespread community led response to the Covid-19 pandemic suggests he is right. Across our cities and towns people have been looking after one and other through organic social action groups. As I have argued elsewhere, the lack of red tape, rules, working directives combined with enthusiasm, motivation and human connection all powered by the internet made this happen. It has been living proof that those best able to cooperate survive. Ingenuity, collaboration, and a sense of community has been at the heart of it. 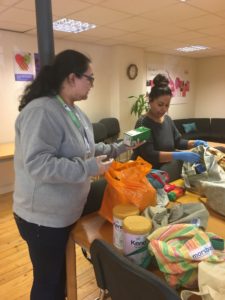 As we start to consider life after the pandemic there does seem to be a real desire to think about new ways of doing politics and of addressing the inequalities that the pandemic has thrown a harsh light on. The UK PM has made it clear “the coronavirus crisis has already proved…there really is such a thing as society.” This all seems a long way from the neoliberal rhetoric that has dominated political discourse for the last 40 years and seen a huge rise in inequality. For me, the questions now becomes how at a practical level do we turn these good intentions into positive actions that reduce inequalities and improve people’s lives.

It has also made me think that what I saw in Zanzibar could be a metaphor for the way people are encouraged to view politics and the world. So, our media thrives on exaggerated conflict and likes to focus on “bad news”. A political TV programme where everyone listened and reached a consensus would be boring, much better to have extreme views espoused loudly. Think of the media coverage given to Donald Trump when he stood for President – the more outrageous he was the better for the headline writers. Reality TV, real life crime all feed into the impression that we are a thin line away from total breakdown, so we need “strong man” politicians. Politics is not the place for faint hearted liberals who wish to gather facts, discuss, and reach consensus for the good of all.

Yet, we know when people are asked their opinions, they are capable of sharing thoughts and concerns. We also know that experiments with citizens’ juries and deliberative democracy have shown that people when given the facts and space to discuss often change opinions and consensus is reached. This does make me wonder if rather like the rich hotel owners in Zanzibar, there are vested interests who do not want empowered citizens involved in decision making. Might it be this type of deliberative democracy is viewed by them as a threat that could lead to them losing power and control?

Sadly, it is not only the stereotypical tax evading super rich who are against power sharing. Our current political system is run by cliques in parties and many elected politicians have a disdain for “deliberative democracy”. They see their role as delivering a manifesto that has been drawn up by the party, which means a relatively small number of activists and influential “friends”.

Yet, if our politics could reach outside its sectarian interests and start to engage with people in a meaningful way it would discover the public are a huge resource of ideas, expertise, skills and lived experience that could lead to far more effective decision making. They would also find that people can hold mixed views that do not fit neatly into a manifesto, but most are willing to reach a compromise.

So, as we start to move on from the immediate shockwave of the pandemic it would be great to see government and local councils:

Yet we know vested interest and organisational inertia means this will not just happen. Which is why it is up to organisations such as Compass and the RSA (Royal Society of Arts), to promote and lobby, political parties, business, trade unions, government, and local authority officials. We also need to look at how we can use the internet and new technology to connect people and to drive the demand for a more deliberative and participatory democracy in a bottom-up way. 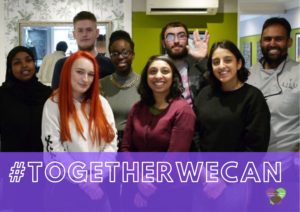 It is easy to be cynical, in a world where cynics run much of our media, but the Covid-19 crisis has shown everyday people are not cynics. Their kindness means they will help strangers, share their food, do that shopping run, and stand in the street clapping our NHS heroes and key workers. Our greatest asset is our people and we need to find ways to nurture and encourage their good will and common decency so we can build a better and fairer society for all. Deliberative democracy seems a very good starting point to me.

Kieran Breen is the CEO of Leicestershire Cares and lectures in global issues and young people at De Montfort University, he is writing here in a personal capacity.

One thought on “What’s so funny about peace, love and understanding? How kindness can drive an agile, creative, and deliberative democracy”