Basic Income for All: the closest thing to a silver bullet 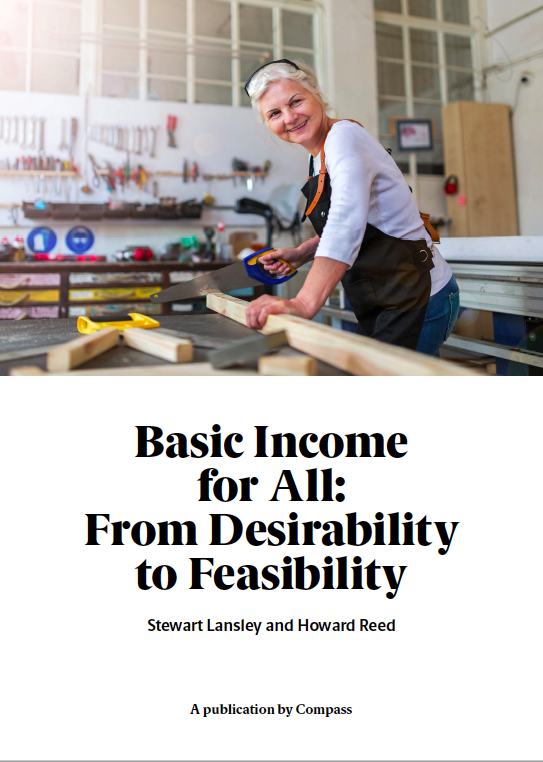 The gap between the rich and poor is widening, children go to school hungry and dirty and – incredibly – life expectancy rates are falling. More people are in work, but work doesn’t pay and the so-called ‘social security’ system provides nothing of the sort.

All these reasons and more are why people are turning to Basic Income as an idea whose time has come. An unconditional guaranteed weekly payment to everyone – it is as transformative as ideas get.

In our increasingly liquid modern world of the gig economy, there are no job guarantees and sadly, unions are often too weak to bargain effectively for workers. A welfare system that humiliates the weakest in our society – to dragoon them into work they would otherwise not do, for pay that won’t keep their heads above water is simply the most horrendous of indignities.

Today we launch our new report Basic Income For All: from desirability to feasibility.

Authors Stewart Lansley and Howard Reed, with support from Friends Provident Foundation, have done the modelling and research to demonstrate how a Basic Income could be introduced right now, and how it would transform our economy and our society.

Their findings show how it would be possible to pay a weekly Basic Income to adults (up to 64) of £60, to children of £40 and to adults over 65 of £175. Even at these modest rates, the proposed Basic Income scheme would be transformative.

For the first time, there would be a guaranteed income floor below which no individual would fall, and that would gradually rise over time.

Any post-Brexit (or indeed post-May) agenda has to deal with the economic and therefore social insecurities that fostered the biggest disruption to our society since the Second World War. The aftermath of that war saw the creation of 20th-century social security; the aftermath of (attempts at) Brexit must be the creation of a 21st-century system of social security with Basic Income at its beating heart.

2 thoughts on “Basic Income for All: the closest thing to a silver bullet”