Twelve Books for the Twelve Days of Christmas

Preparing for the season of goodwill Philosophy Football’s Mark Perryman selects books to tide us over into the New Year, and beyond.

Apart from bah humbug miserabilists those of all faiths and none manage to find Christmas a time to give, and to receive. With this in mind twelve books for the twelve days of Christmas, however to get them all read by the time Twelfth Night is out will most likely leave the reader intellectually exhausted so a slower pace towards an early Spring is advised for all but the most committed readers. 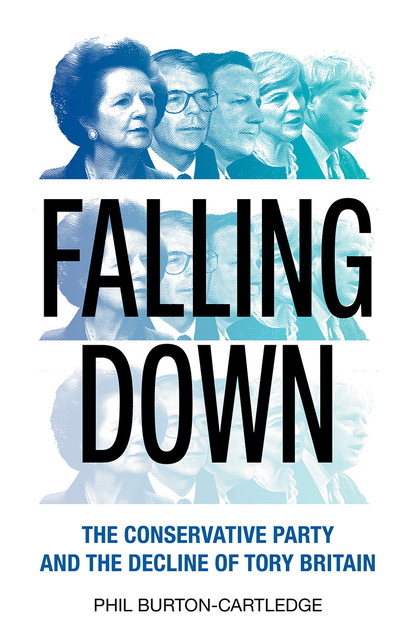 1 Falling Down: The Conservative Party and the Decline of Tory Britain Phil Burton-Cartledge

In the 1980s it sometimes seemed all the Left ever talked about, debated, for the most part argued over was ‘Thatcherism’, especially the analysis pioneered by Stuart Hall and others in the pages of Marxism Today. Thatcher’s three consecutive victories had a habit of focusing defeated Labour minds, Maggie, Maggie, Maggie, Out! Out! Out! Clearly it wasn’t enough. A generation on and Cameron, May, and Johnson have managed between them to chalk another foursome at Labour’s expense. Yet, this never sparked the kind of understanding and rethinking their more illustrious predecessor did. Phil Burton-Cartledge offers a powerful ideological response to this omission, though whether the decline of ‘Tory Britain’ translates into the Tories’ defeat at the polls, who knows? 2022 will provide a map toward the likelihood of that possibility. 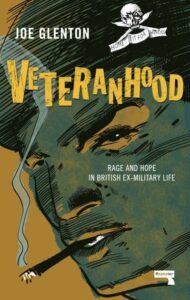 More than I care to remember the highpoint of Thatcherism was framed by her 1982 Falklands misadventure. No doubt next year Johnson will come out all guns blazing to misuse the 20th anniversary for any electoral gains he can muster. Likewise, it was Iraq that framed Blair’s decline to the extraordinary point of being re-elected Prime Minister in ’05 on the lowest share of the vote, 35.2%, of any British government. Both episodes quite rightly generated huge popular goodwill towards the veterans of these wars. Yet this goodwill, often mobilised in the cause of all manner of politics, scarcely understands what author, and former soldier, Joe Glenton calls ‘veteranhood’. In turns angry and informed, this is a book that seeks a settlement entirely different from the mawkish ‘help for heroes’ variety. 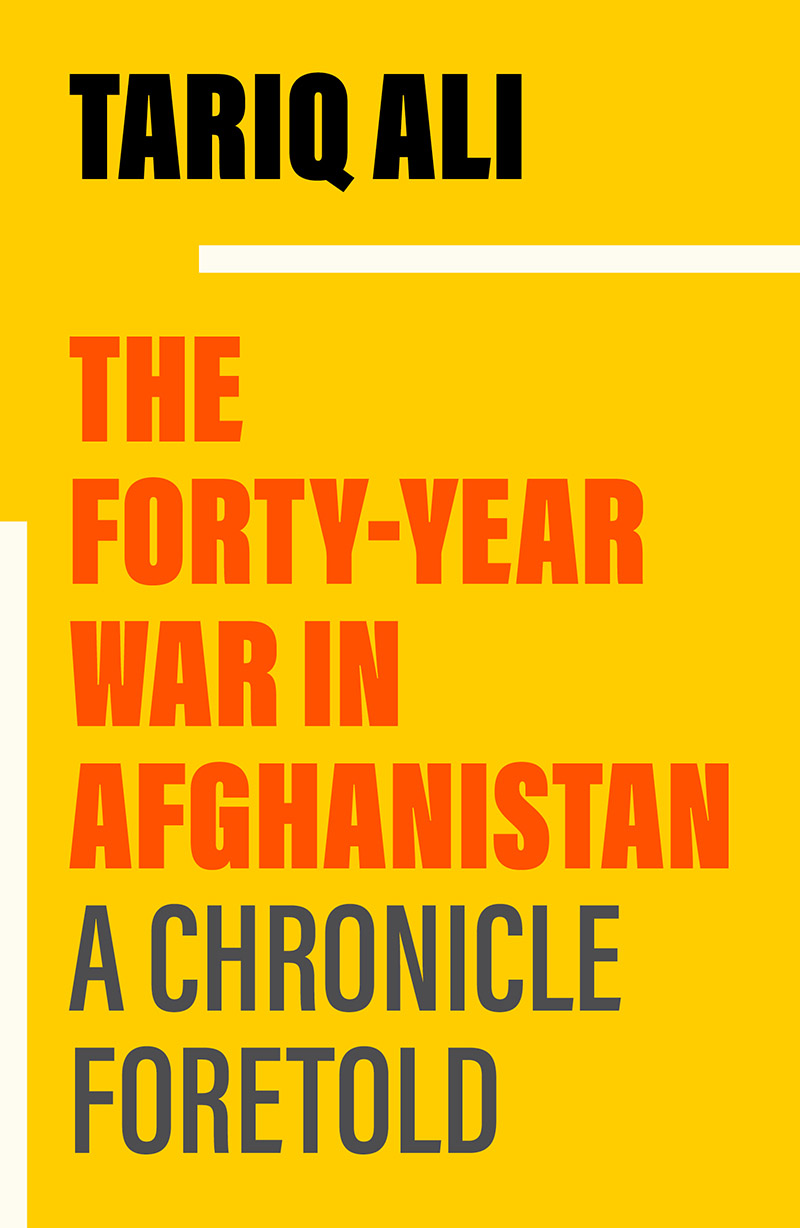 3. The Forty-Year War in Afghanistan: A Chronicle Foretold Tariq Ali

The undignified retreat of US, British and other forces from Afghanistan was undoubtedly one of the global news stories of this year. The crushing defeat of a client state at the hands of an insurgency, which whether we like it or not clearly enjoyed popular support, has left a human mess that occupying powers had nothing resembling the will to clear up with anything much more than pitifully piecemeal efforts. Tariq Ali’s mix of the polemical and the analytical on this most wasteful of conflicts are collected together in one handy volume to provide a much-needed wake up call for those who reminisce for the era of militarised liberal interventionism without accounting for the ever-worsening bloody mess it contributed to. 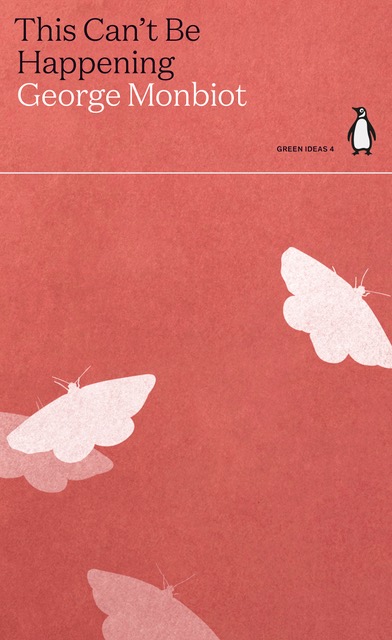 4. This Can’t be Happening George Monbiot

If the horrors of 9/11 and their aftermath dominated most of the 2000s, and this year’s helpless retreat of the occupying powers in Afghanistan represents some kind of undignified endpoint, what’s next? George Monbiot offers a brief, and to the point, case for the Climate Emergency. Few would argue with Monbiot’s choice but what makes his writing both urgently necessary and politically astute is his combination of the factually investigative with the politically speculative. He not only catalogues the sheer size of the environmental disaster awaiting the next generation’s coming of age, but crucially the potential for constructing the kind of alternative path that could moderate, if not eliminate, this cataclysmic threat. 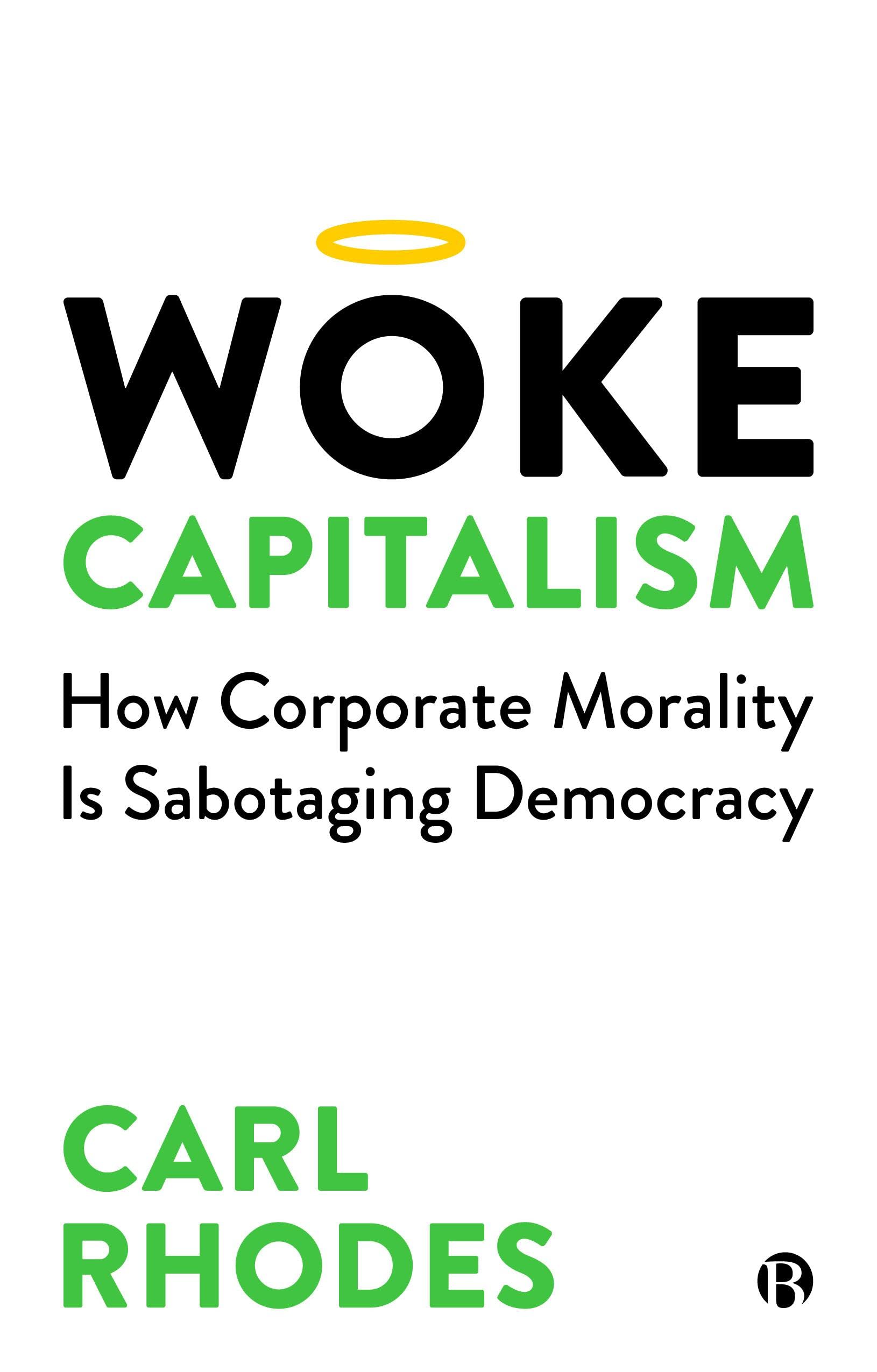 Such is the size of the fast-approaching environmental disaster that apart from the 21st century version of flat earthers there is no serious effort to deny it. Yet incorporation of opposition and obfuscation of the facts on an industrial scale can be nearly as bad as flat out denial. Carl Rhodes’s book provides just the kind of rigorous exposure of such antics as ‘greenwashing’, or as Rhodes rather brilliantly puts it ‘woke capitalism’, that corporations employ entire PR departments to avoid. 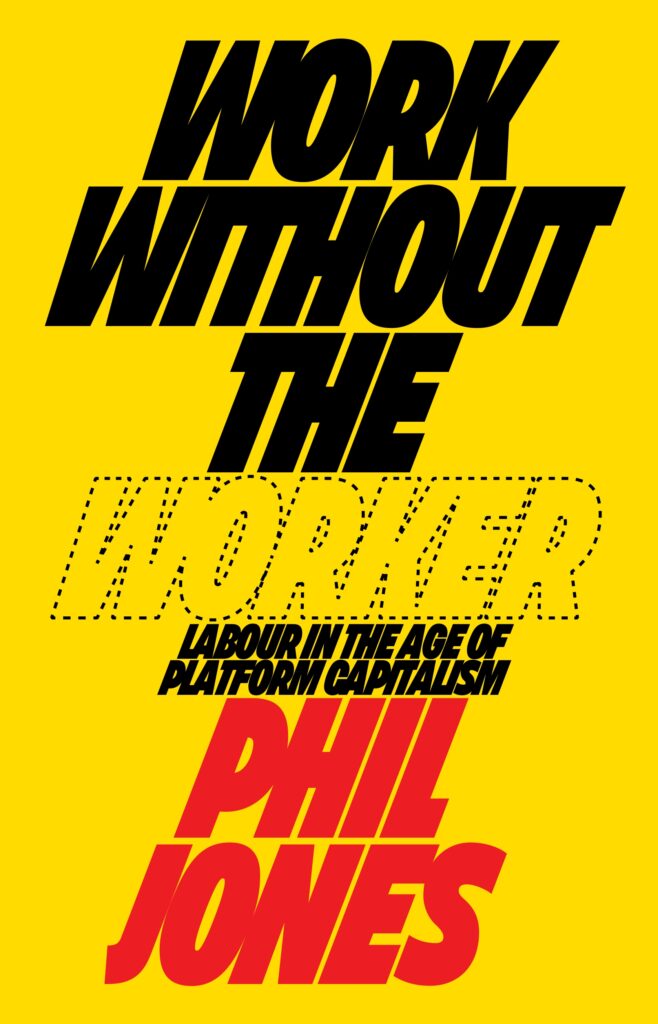 6. Work Without the Worker : Labour in the Age of Platform Capitalism Phil Jones

The ‘dignity of Labour’ vs ‘post-work’ debate can at times be vexatious with a strong generational inflection. It may be ideological, but that doesn’t mean it isn’t worth having the argument. The clue to why this is important is in the name, y’know the Labour party.  Readers don’t need to endorse each and every one of author Phil Jones’s conclusions to appreciate his five chapter themes in this admirably short n’ punchy book as the perfect jumping-off point for making the argument productive (sic). 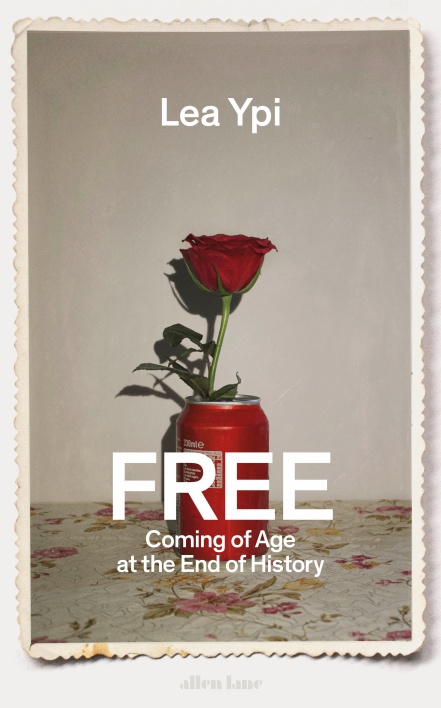 7. Free : Coming of Age at the End of History Lea Ypi

The accusation of ‘idealism’ at the expense of ‘practical politics’ is, of course, a familiar one. The necessity for both is effortlessly chronicled in Lea Ypi’s autobiographical account of growing up in first staunchly Communist, then post-Communist, Albania. Her tale is both deeply and affectively personal and at the same time unapologetically political. It is a combination that makes Ypi’s book a wonderfully essential read. 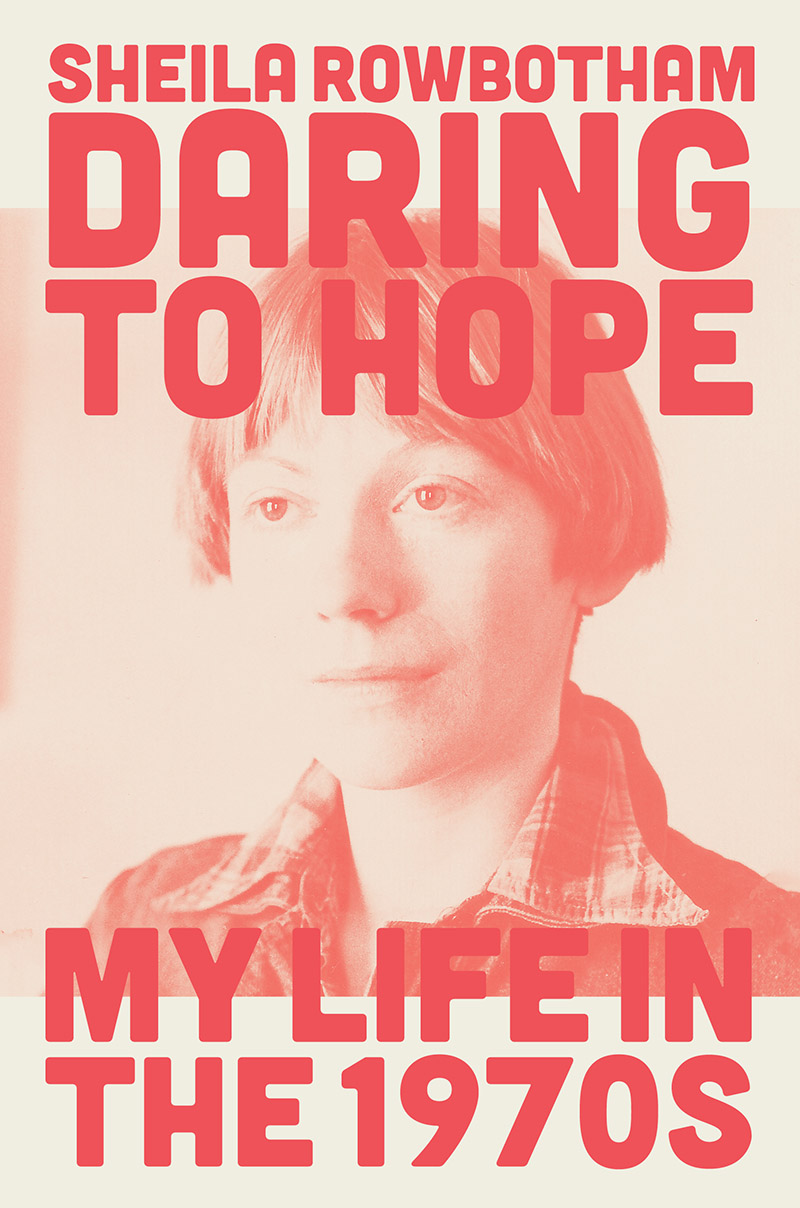 If there is one author and activist identified more than any other with the principle ‘the personal is political’, it is Sheila Rowbotham. Sheila’s follow up to her memoir of the 1960s, Promise of a Dream, carries her personal, and political story forward to 1970s second wave feminism, the uneasy relationship of the women’s liberation movement’s with socialism and the enduring radical potential of building from the grassroots up. Informative and inspirational, so much so it is liable to make the reader impatient to read what happens next, the Thatcherite 1980s. 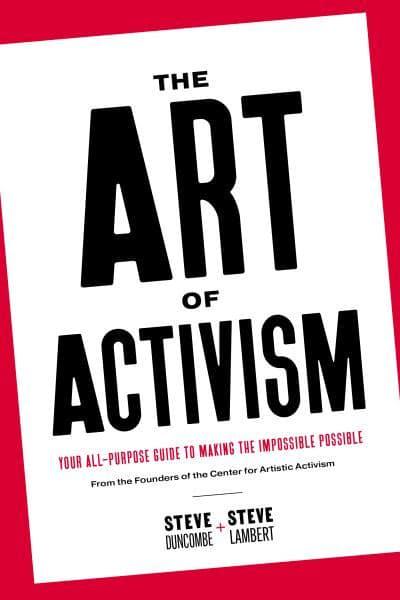 9. The Art of Activism  Steve Duncombe and Steve Lambert

Steve Duncombe is the author of one of my favourite books on the very necessary fusion of politics and culture Dream: Re-Imagining Progressive Politics in an Age of Fantasy. First published in 2007, and recently republished in a most welcome new and updated edition.  This new book, co-authored with Steve Lambert is a how-to guide to practicing what they describe as ‘artistic activism’. Lavishly illustrated, the text mixes ideas on how to ‘do’ politics with creative application to change the ‘look’ of politics too. Neither have the imprint of a corporate makeover, this is a process from below. Please, please, please would the US-based authors come to the UK to run a training event? 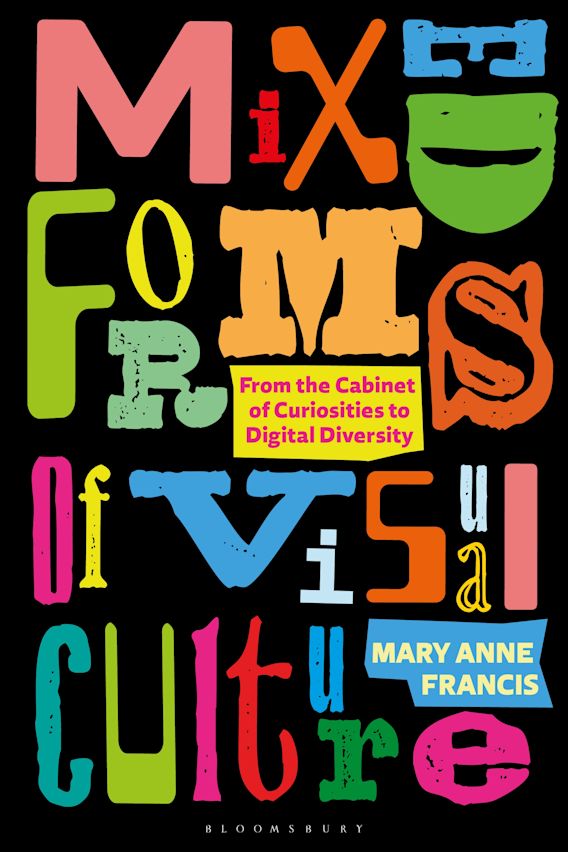 Mixed forms, the everyday in the hands of the artist transformed to achieve, project, provoke an entirely different response to the one utility had intended. This apparently complex concept made sense to me, changing my idea of my co-founder Hugh Tisdale’s beautifully crafted Philosophy Football designs not as T-shirts but as using the T-shirt as a platform for ideas. None of this is to suggest reviving the dire cultural reductionism of prolecult, rather couching art as transformative by means and purpose. These apparently complex yet applicable ideas for a political culture often lacking in an imaginative and engaging visual culture are ready-made for a next generation left, for whom culture is a key terrain over which ideologies are contested. The book is beautifully packaged too, but priced out of anyone’s bracket for the lucrative library market. And so a different plea on behalf of this truly revelatory book. No criticism of the publisher, that’s their business, but a popular, competitively priced edition is surely deserved, there’s a readership for this, much-needed influence to be made too. 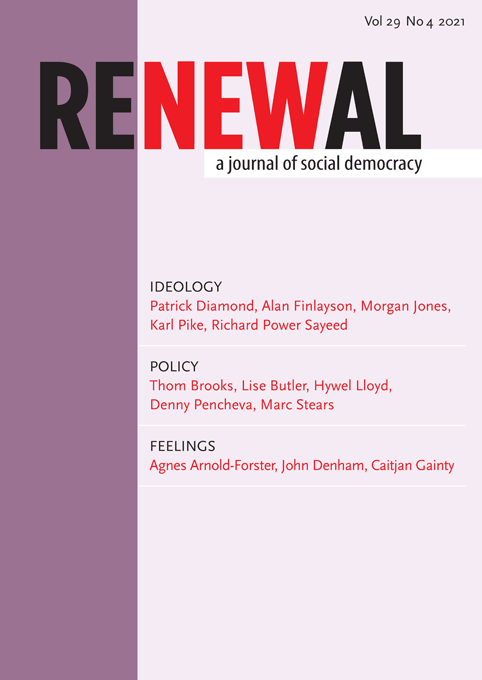 11. Renewal : A Journal of Social Democracy

The best kept secret of Labour’s plural left is the quarterly read Renewal. Under-promoted, the look of an academic journal is sure to put off all but the most inquisitive. Yet, it provides an exchange, and quality, of ideas nobody else in and around Labour provides. The Winter 2021 edition includes writing on nationhood, Labour’s absent future, the politics of emotion, and much more. Looking for a New Year’s resolution? Subscribe. 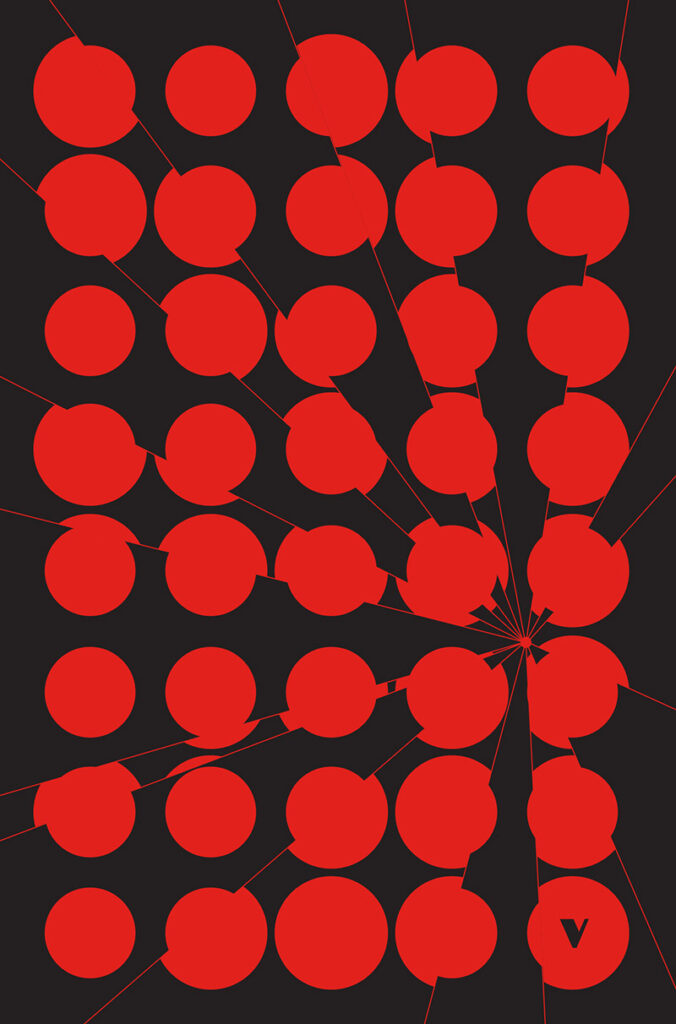 Once it was the Big Red Diary from Pluto Press which was the must-have for a certain part of the 1980s outside left. In recent years Verso have produced a ready made 21st century version and this year, now with an accompanying and very stylish notebook, most certainly doesn’t disappoint. Illustrations and a historical timeline spice up each week’s entries with short essays opening each month too. Rush to the keyboard and order one before 2022 is upon us.

Mark Perryman is the co-founder of the self-styled ‘sporting outfitters of intellectual distinction aka Philosophy Football. Mark’s latest book is Corbynism from Below.