Don’t just stand there, sit down!

The blog was originally posted on https://ideasforlife.blog.

Mindfulness has been largely appropriated by the Western cult of the individual and science-led therapeutic interventions. The concern is that mindfulness acts as a kind of opiate of the people that helps you cope with the stresses of modern life, while leaving the causes – extreme individualism – untouched. However, the question asked in my previous blog was ‘is mindfulness an inherently quietist activity?’ If it is then no amount of mindfulness will help to bring about social change. 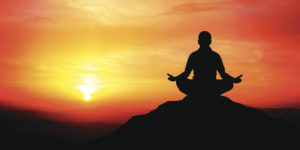 There seems to be two approaches to responding to this question. One starts from what might be called our natural social being and works inwards to meditation. The other starts the other way round. Ronald Purser takes the first course. In McMindfulness he argues for what he calls social mindfulness. “Revolutionary mindfulness neither fetishizes the present moment nor dispenses with judgement,” he writes. “Rather, it embraces the past and the future in conscious pursuit of social change.” He makes the point that liberation is a ‘systemic process’ that cannot ‘rely on individual methods’. Mindfulness, in Purser’s sense, means ‘combining resistance with meditative practices’. The problem with this position is that does not answer our question as to whether mindfulness in itself is or is not an inherently quietist activity. But then he begins to hint at an answer to that question when her argues that mindfulness is ‘sometimes a solitary process, it isn’t a retreat from the outside world’. And he adds: “Instead, it can deepen our sense of connection, provided we see beyond clinging to the illusory separateness of the self…Truly revolutionary mindfulness is non-dual: it’s transformative strength is undivided, owned by no-one. By harnessing this together, we can seek the liberation of all sentient beings.”

This is strong stuff and may be it is asking mindfulness to do too much of the heavy-lifting. But he does point to one of the most important aspects of the practice that harks back to Buddhism and engages with the nature of the self. According to Buddhism the self doesn’t exist and the idea that it does is an illusion or a construct. And once you have banished the self, then it’s a short step to transcending the self and ‘if you transcend the perspective of the self, any self, and view things from nowhere in particular essence disappears, along with the feelings that created it in the first place’, writes Robert Wright in Why Buddhism is True. He borrows the term from the American philosopher Thomas Nagel who explores the question of objective morality in The View from Nowhere for a non-Buddhist perspective.

Individualism is transformed into individuation which unites the particular and the no-where. There are echoes of this in the work of Carl Jung as he writes about the union of the conscious and unconscious. “I have therefore called the union of opposites the ‘transcendent function’,” he writes in The Archetypes and the Collective Unconscious.

Stephen Batchelor in Buddhism Without Beliefs is less radical than Purser but he is equally adamant about the transformative power of mindfulness or, as he prefers to call it, dharma practice. Starting from the opposite direction from Purser – that is from the inner world – Batchelor then moves to the outer. For him dharma practice cannot be separated from its embedded culture. He writes: “A culture of awakening cannot exist independently of the specific social, religious, artistic, and ethnic culture in which it is embedded.” For him dharma practice in itself and properly understood is far from being neutral. Instead, community ‘is the living link between individuation and social engagement’. In a way, then, Batchelor and Purser, coming from opposite directions, seem to meet in the middle with the rise of social mindfulness, which is far from the sort of quietism represented by Western mindfulness as it is subsumed into the cult of the individual.

But how could social mindfulness play out in and change the foundations of individualism? One way would be to massively increase training in mindfulness so that there is a ‘sustained uplift in the average level of mindfulness across the UK population as a whole’, writes Dan Nixon in his paper The value of awareness: Could mindfulness underpin a more adaptable and sustainable economy? One of Nixon’s arguments suggest that an ‘increase in the aggregate level of mindfulness…would likely lead to a less impulsive consumption’ leading to a ‘lower long-run rate of consumption growth’ and therefore a more sustainable and human-centred economy’. A similar point is made by Batchelor when he writes that mindfulness might help to ‘create a framework or a structure in which we can move forward in ways that are not in the service of commodification but in the service of human well-being, and human sanity’.

In Compass’s new paper Political Mindfulness Mike Rustin suggests another way that we can create social mindfulness at a local level. In Living with Uncertainties he writes of the importance of ‘reflective spaces for both individuals and institutions and broader conceptions of mindfulness’. This an intriguing suggestion because it raises the possibility that the democracy democracies that started in Salisbury and spread to Oxford and Southampton, provide just such ‘reflective spaces’. But that is something that my next article will investigate together with the idea of communities of resistance. For now we have just begun to see how mindfulness can help to generate social change, which if true means that, at the very least, it is not inherently quietist.

Dickie Bellringer is a retired journalist and co-founder of Salisbury Democracy Café and Salisbury Democracy Alliance, which campaigns for deliberative democracy and the creation of a Citizens’ Jury in the city.’ He blogs at https://ideasforlife.blog/.