The Basic Income Conversation is an initiative, powered by Compass, to promote the idea of Universal Basic Income in the UK. It mixes community organising and cutting edge research and communications to shape a new narrative for Basic Income, taking the idea from the periphery to the mainstream. Find out more here. 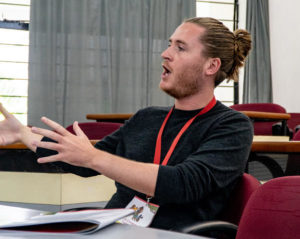 Michael is the Director and Co-Founder of the Basic Income Conversation. He’s a Community Organiser by trade with a background in the Living Wage Campaign having worked for Citizens UK. He sees Universal Basic Income as vital to shaping our future and seeks to blend community organising and research to make it a reality. Twitter: @MichaelPugh. Email: michael@compassonline.org.uk. 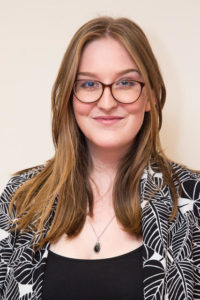 Cleo is Co-Founder of the Basic Income Conversation, powered by Compass. She joins as a Basic Income activist who’s been working to increase engagement with the concept in Scotland for the past few years. Cleo is the Director and Treasurer of Citizen’s Basic Income Network Scotland, a volunteer led, educational charity working closely alongside the Scottish Government funded Basic Income feasibility study. Her background is in third sector communications, community building and business development. Cleo believes that a true investment in people in the form of a Basic Income is required to enable the scale of social change needed at this point in history. Twitter: @CleoGoodman. Email: cleo@compassonline.org.uk.